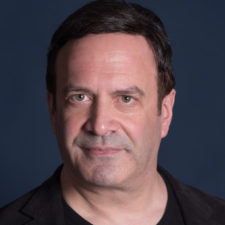 Adam Rosenbloom studied acting and voice-acting (commercial, animation, video games, promos, audio books) at Actor's Connection, Edge Studio, Abacus Entertainment, and Ripley Greer in New York, NY. He holds a BA in Music from Columbia University, an MFA in Orchestra Conducting from Carnegie-Mellon University, and an MS Ed in Vocal Music from Queens College. Adam’s career began as an assistant conductor and prompter at the Metropolitan Opera and in opera houses in Essen and Lübeck, Germany. Adam sang the role of Alcindoro at the Aspen Music School and Colline in Varése, Italy. He has studied voice at the Performance Career Center in Manhattan for 9 years where he sang concert performances of numerous arias from opera, oratorio and musical theater. He sang the roles Don Bartolo and Il Commendatore at the New York Lyric Opera Theatre. In addition to singing, Adam speaks multiple languages fluently, including English, Italian and German, and can perform a number of accents, including: British, US Southern, German, Russian, Italian, and New York.

You Humans Are Terrifying

Salt in the Dark River