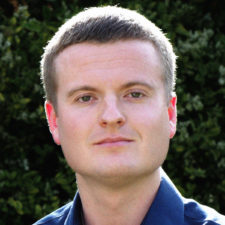 Alex has spent his whole life performing and teaching in the arts. Primarily a pianist, he has practiced piano from 3 years of age, then went on to do his music degree at Goldsmiths University followed by 5 years of music teaching and performing in London. Acting and singing have also played, and still play, a large role in his life. Since pre school Alex has also taken part in plays and choirs, in college he took his first big music role performing as ‘Harry’ in Stephen Sondheim’s ‘Company’, and at University performed in his first opera taking the role of ’Theseus’ im Benjamin Britten’s ‘Midsummer Night’s Dream’. Presently Alex is an active session musician and voice actor recording piano and vocals for various artists and producing voiceover for audiobook, commercial and gaming projects.

The Sounds of Sirens