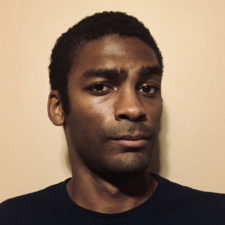 Charles Watley is a former 2016 Evil Idol voice acting competition contestant, and is excited to be working alongside Chilling Tales for Dark Nights once again. He has been a lover of storytelling since he was a child, which transitioned to his passion for acting. Charles has been in shows such as Sweeney Todd, The Wizard of Oz, The Hound of the Baskervilles and many more in his 12 years of acting in both community theater and on small stages. His only hope is to encourage his fellow competitors and to give the audience a great performance every time.

If You’re Armed and at the Glenmont Metro, Please Shoot Me