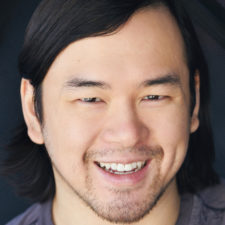 Chris Szeto-Joe was born and raised in Houston, TX. Originally, he wanted to pursue a degree in biology with a focus on animal studies, but then he re-discovered his passion for acting through voice over. He saw the opportunity to apply his skills in theatre to enhance his vocal performances, so he transferred to Southwestern University where he graduated with a Bachelor of Arts in Theatre. In addition to auditions, rehearsals, and performances, he would always be on the lookout for chances to contribute his voice over skills. This led to a fascination with sound design and audio engineering, where he could seamlessly incorporate elements of voice over into the final product. Being able to engage in all three disciplines made for a fulfilling four years. As a free-lance voice actor, Chris has continued to dive head-first into his work, taking chances and trying new things. He greatly enjoys making character voices and has a knack for accents and mimicry. His other hobbies include video games, anime and manga, karate and stage combat. This will be his first year participating in Evil Idol and he hopes to learn a lot from the horror and creepypasta community.

A Taste of the Open Road