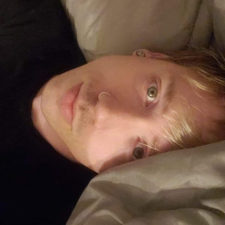 Jack Delmar is just finding his start in the voice acting community, he currently spends his time voicing characters for aspiring directors passions projects. The time he spends away from voice acting is pursuing his other vocal love as a singer. Since he was a child he's always been described as a character, so the job feels fitting! He works mostly from a home office devoting his time to learning and practicing his craft. He's always got a captive audience of his wife and three children who are incredibly supportive of his desire to become a professional. Jack finds the most joy in bringing people's dreams to life through putting a voice to their character and leaves a piece of himself in every project.

I Was a Ghost Hunter For Just One Day