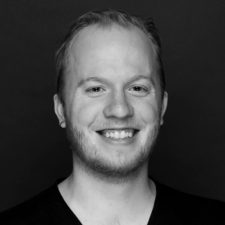 Jeremiah Doyle is a librarian, and an aspiring voice actor and producer based out of the most dreaded of places: northern New Jersey. He's spent an entire childhood being terrified of vampires, werewolves, xenomorphs, Yog-Sototh the Beyond One (y's are hard), zombies, and more than a few characters played by Tim Curry. But that couldn't stop him from being utterly fascinated by the dark tales that kept him up at night. As an adult, he has a deep love for stories of the macabre and eldritch delights... but is still a little terrified of Tim Curry. He's been a theatre performer since high school, and in college he co-founded Cape Swoosh Productions, an group dedicated to adapting popular comics into fan-made audio dramas. He's been happily producing and directing audio dramas with the amazing nerds at Cape Swoosh ever since. Now, shadowy hands beckon him back into the mouth of madness, and Mr. Doyle finds himself in the midst of Evil Idol 2019. He's looking forward to being delightfully mortified by this year's competition.

Let’s All Go To the Carnival