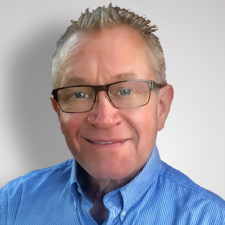 In 2013, Paul J. McSorley produced his first audiobook. He took the proceeds from that book and built a professional studio in the basement of his home. Closing in on ninety titles to his credit, he's had the good fortune to pursue this endeavor. "ACX has allowed so many indie authors and narrators to come together producing and marketing audiobooks unheard of less than ten years ago," Paul says. After listening to more than fifty audiobooks, Paul came to the conclusion that he could perform books as well as the narrators he was listening to. “For two years I studied the industry," Paul says. "I read and recorded magazines and newspapers for the blind, participated in non-profit recording projects to practice for eventual paying gigs.” After taking numerous online training courses, sitting through endless webinars, and picking the minds of established narrators, it was time to start auditioning. Now with a successful stable of writers, auditions are fewer. “I am blessed and fortunate to work with the writers I do," Paul says. “I’m not at all embarrassed to tell people that some of the best times of any given day I spend, are inside a padded room.”

He’s Killing Up There