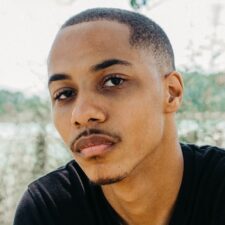 Anthony K. Bragg is an actor based on the east coast, and a long-time fan of Chilling Tales for Dark Nights. Because of CTFDN's audiobooks, his love for horror grew. Bragg is very new to the voice acting community, but has been acting for 7+ years doing film/theater productions. "I’m a big when it comes to science stuff," Bragg says, "and I love anything space related." A self-professed "relaxed, chill dude", Bragg also "loves the hell out of his dog" and the arts in general, and loves to see people he admires succeed.