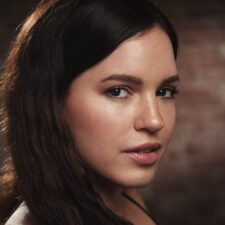 Brynn Sicard began her journey in acting through school plays at the age of 10. Her passion began as a younger child when she'd see her older siblings perform on stage. Despite being a shy child, theatre was the one place Brynn felt free to let go, and acting became her strongest passion. She therefore ended up getting her bachelors degree in acting, and then moved to California to work in film. She has been producing, directing, and acting professionally for the last 6 years.