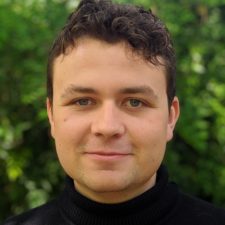 Theo Murray is a voice actor, improviser and sketch comedian from Sydney, Australia, recently emerged from Sydney University’s performance scene. There, he directed and played leading roles in endless original revues, comedy musicals, plays, and silly Fringe shows. As an improviser, Theo is a 2019 NSW State Theatresports champion, co-directs the Theatresports program at USyd, where he teaches and hosts shows, and is also a founding cast-member of the fortnightly Sydney improv show The Laugh Tub. But by day, he teaches improvisation to high school students and tutors philosophy at university. Using his distinctive bass voice, he is a jazz, musical theatre and a capella singer, and the narrator of the live comedic radio play, The Derryn Hinch Justice League. In a more spooky tone, Theo has also played the voice of Satan in a live summoning ritual, and achieved 7th place in Evil Idol 2018.

Stay Away From the Ocean