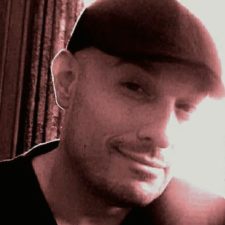 Christopher Mason Solnero's love for the macabre came at the early age of 13. After reading his first horror novel "Ushers Passing" by Robert McCammon, he was immediately hooked. Ever since then he the mark has been left upon him, and he has been an avid reader of horror fiction. He is a huge fan of Stephen King, Anne Rice, and Clive Barker, to name just a few. Thus began his career in the World of horror. C.M. shares a love for music and the arts, as well as film. Whether it was singing in garage bands in his teens, or creating his dark sculptures, paintings and photographs, he has spent the majority of his adult life experimenting with his passions. Now he is entering into a new chapter of his life with voiceover.