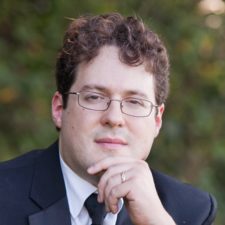 Seth was born in Maryland, but has called Michigan and the Midwest home for most of his life. He was married in 2015 and has his hands full with fraternal twin boys, but he still finds time to do...well, other things. He tries to divide his professional time between his regular job as well as writing and voice acting. He has recorded a handful of books for other authors, was the voice of Zak McKracken in the Visionaire Studio' fan sequel Zak McKracken: Between Time and Space (as well as a potential role in their upcoming video game Oak Island), and is the creator of the One Man Band (a MST/Rifftrax-style project that has been sproadically active since 2009). He has also written a lot (mostly unpublished), but has appeared in the Great Lakes Anthology of Horror Writers, wrote "Camper Appreciation," which was produced by Chilling Tales, and has a more comedically-themed novella, "Jack Alan and the Case of the Not-Exactly Rocket Scientists" as well as its upcoming sequels. While his genre interests vary wildly, Seth has a great love for both comedy and horror (sometimes together). His interest in horror has been around forever, thanks to an older brother who often showed him movies way older than he had any reason to watch. Thankfully, writing, role-playing sessions, and (relatively bad) art have been fine outlets to channel the horrors of watching Stephen Rea ripping his face off in Company of Wolves. As far as writing influences, the British in general have done a lot, but in particular he cites Roald Dahl, Douglas Adams, and Terry Pratchett as influences, but loves reading a Douglas Preston/Lincoln Child novel as much as the next person.

How Do You Prove You’re Alive?