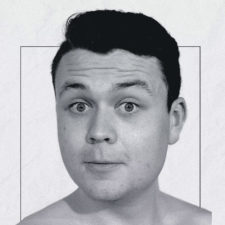 Theo Murray is a Sydney-based University student spending more contact hours on performance than his subjects. He's been a cast-member or director of five revues, played leading roles in original comedic musicals such as Holt!, the Musical, Cats [by People Who Have Never Seen Cats], and Musical of Thrones, has been a two-time Manning Theatresports Cup finalist, hosted a radio show, and was in multiple Sydney University Dramatic Society productions, one of which had him as the voice of Satan in a summoning ritual. Right now he's the regular narrator on an original comedy radio-play, The Derryn Hinch Justice League, and is creating two original shows for the Sydney Fringe Comedy Festival. Through this barrage at his local performance scene, he's become known for his distinctive voice and now intends to spread it worldwide.

The Story of the Inexperienced Ghost