The most recent texting horror stories and creepypasta releases from Don't Turn Around, presented by Chilling Tales for Dark Nights.

Disclaimer: The content on this page is hosted by YouTube on its servers, and was produced by the respective channel to which this page is dedicated. Its presence on this website is made possible through YouTube’s API and via embedding, and none of the content is hosted on our servers. Chilling Entertainment, LLC is not responsible for, nor takes any credit for, the content embedded on this page, and is displaying it for informational purposes only.

In need of even more nightmare fuel? Check out the official Chilling Tales for Dark Nights channel, and the Simply Scary Podcasts Network today! 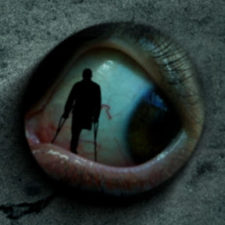 If you’re new, this is what you need to know…

In 2017 Chloe, Jamie, Kaitlin, Allison and Eddie were abducted by a creepy school bus. THE CREEPY SCHOOL BUS is Don’t Turn Around’s biggest ongoing series. Each episode connects, so binge watch it from the beginning. A book and movie are on their way!

When footage of Nancy placing barbed wire around a baby (so she couldn’t get out of bed) went viral, the terror of Nancy “the world’s scariest babysitter” James was born. She is on a crusade to terrorize kids, parents and babysitters everywhere. She even wrote the book “Fishing For Kids” which teaches bad guys to abduct children. Can she ever be stopped?