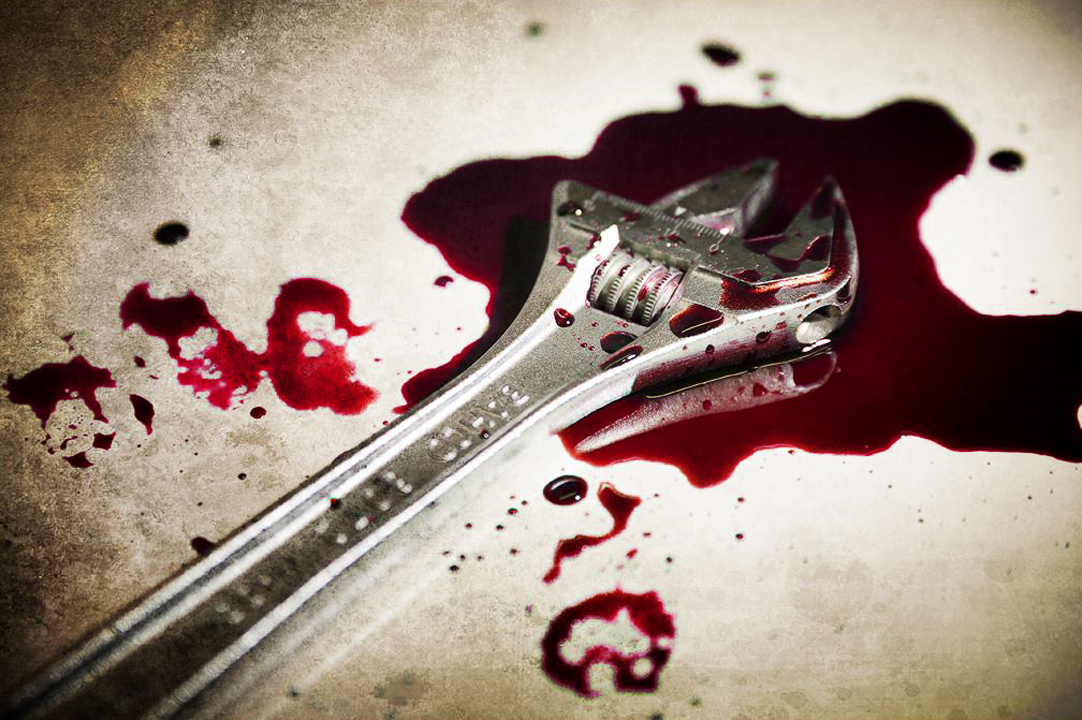 It was on the third day of the stench permeating the house that we decided to call the landlord. In the last month since we had moved in, there had been a lot of creaking and groaning from underneath the house. It was built sometime in the ‘30s so the noise just added to the creepy atmosphere – I kind of liked it. But considering the age, we figured the plumbing must have gone bad from expanding and contracting in the heat of summer. We hoped that the problem wouldn’t be extensive. Our landlord was punctual and told us to expect the plumber by 8 AM the next day.

The temperature in Palmdale was pushing 110° that week. While intolerable, it wasn’t breaking any records for the southern Californian desert. The temperature was notable this late in September though; usually by this time of the year, the heat would have broken, but it had been the hottest summer in recent years. Because the house was so old, there wasn’t any central air conditioning. Instead, the owner had opted for smaller built-in AC units. They didn’t make the house much cooler until the sun went down, but it was cheaper than central air. We had lived in the Antelope Valley our whole lives. It wasn’t the best place to grow up, but it was home. The town had deteriorated in the last ten years and there had been an influx of homeless and vagrants in the area lately, but the price was a steal and we couldn’t turn it down.

When we moved in, I had placed a plank of wood over the opening to the crawl space to keep the dogs from venturing underneath the house. Every couple of days, when I would walk past the side of the house, I would notice the plank had been knocked over. We had two small dogs — it was odd to think that they were able to knock the plank down, though I had seen them do stranger things. After a few weeks, I was tired of putting the plank back up, so I had placed some boulders I found in the desert in front of the wood to reinforce it. It seemed to hold up –  I couldn’t see the dogs being able to get past the boulders. Later on in the evening, we saw the dogs pawing and growling at the barrier. We laughed and joked how they were mad about not being able to get under the house. It had been almost a week, and I felt proud of my makeshift barrier. When I went to the side of the house to dismantle the facade for the plumber, I noticed there was a small hole just big enough for our dogs to fit through. Right underneath the boulders and plank; those damn dogs were resilient. I removed the wood and was assaulted by a wave of humid, fetid air. “Good lord, it smells like death under there,” said the plumber. I offered him an ice-cold bottle of water from the fridge. “Thanks.” You couldn’t pay me enough to go down there with that rancid stench.

We sat in the living room while the plumber worked. We wore the least we could get away with; windows open, fans on high-speed. I was kicking myself for not investing in a window-mounted swamp cooler like Dad had suggested. Ashley mentioned she was hungry and I cracked a joke about her eating the rest of my leftover veal Parmesan from the restaurant from last week. She swore she hadn’t touched it, but I knew she had a habit of picking at my food. I let it go. We hadn’t been shopping for groceries in a few days, so we made a plan to go after the plumber was done. Hopefully it wouldn’t be too hot by then. Whatever food we still had needed to be cooked, but to cook meant to turn the oven on, and even at 8 AM, it was too hot to cook – not to mention the smell didn’t give us much of an appetite.

We heard the muffled panic through the thin wooden floor of the family room. I ran from the living room towards the back door and saw the plumber through the window stumbling from the side of the house in a panic, covered in filth, trying to regain his composure. I opened the door and stood in the doorway, anxious to hear how severe the problem was. He climbed the three steps to the patio towards me.

“What happened?” I asked.

He hesitated for a moment.

“There’s a body underneath your house! That’s what you’re smelling! This isn’t a plumbing issue, this is a hazmat issue! Do you have any idea how they got under there?”

When the police arrived, they cordoned off the house, but wouldn’t let us leave. After their initial investigation, they confirmed that the body was in advanced stages of decomposition, though the coroner estimated that they had been dead for no more than a couple days. The time of death didn’t match the putrefied state of the body. We sat in the family room with the dogs. They licked our hands as we rubbed them for emotional comfort, waiting for the police to question us. They didn’t mention it, but I knew the police saw us as persons of interest based off the questions they asked : How old was he? What was his name? Did we know who he was?

They left after finding that our story couldn’t corroborate any suspicion of foul-play. We stayed with Ashley’s parents who lived in town while the house was being sanitized by the hazmat team. No more than a week had passed before the coroners had finished their report. They identified the man as Jesus Paez, 66. The Police confirmed his identity as one of the local homeless. The coroner mentioned that his body had bits of flesh missing at various locations. Hyperthermia was the cause of death; he must have crawled under the house and the heat killed him. They suspect that he had been living underneath the house for a while and either fell asleep or became trapped there as the temperature rose.

I thought about the plank of wood and the boulders I set up, and it all came together.