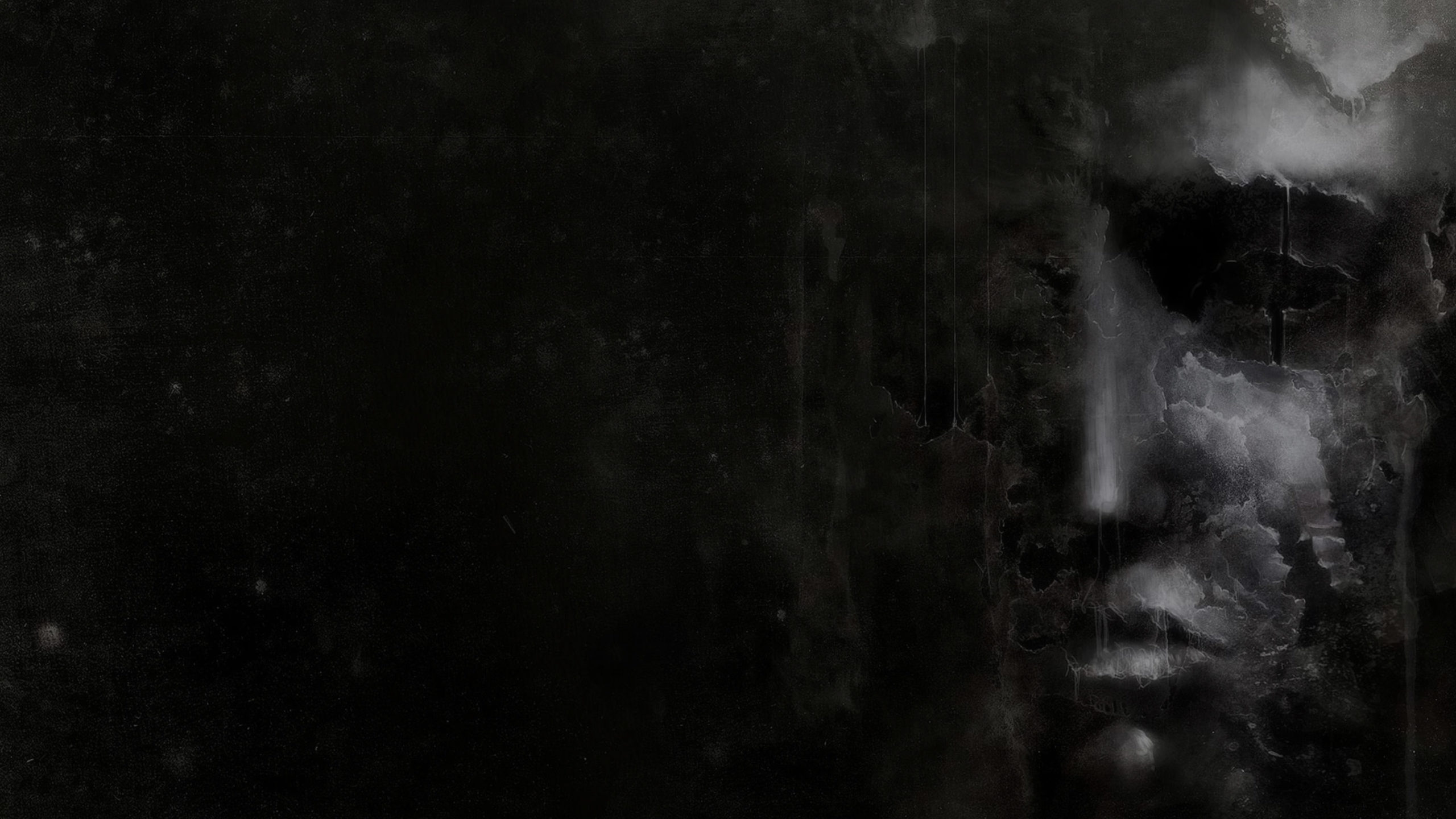 “Donde Esta Santa Claus” was blaring on the radio as Gary crossed over state lines into…somewhere. He lost track of where he was hours ago. Somewhere… midwesty. He was driving back East for Christmas. Too cheap to fly, he thought he’d take the opportunity to get to see America, the REAL America. Turns out, most of the real America was lots of nothing next to lots of scenic nothing. No cars on the highway except him. It was late. Dashboard display said 2:17 am. Taking his eyes off the endless stretch of highway, he glanced up at the night sky. For the briefest of moments, he swore the moon looked…green. Squinting, he could see it plainly was not. Just a big ol’ circle in the sky made of cheese, like they always said. It’s amazing what you think you see after seventeen hours on the road. He smeared his open palm down his face, trying to get the sleep out of his eyes by force. The husks of 5-hour energy containers littered the passenger seat. He instinctively reached for another pick me up but swore as he remembered he’d sucked dry the last one about eighty miles back. He needed to find somewhere to crash for a few hours. He definitely needed to gas up. Maybe grab some food. The sign he flew by offering everything he was looking for, plus the biggest vacuum in the continental U.S., was just too good an offer to pass up.

Pulling into town, he coasted over to the gas station. The prices were ridiculous, but Gary didn’t exactly have a wealth of options. They must’ve gotten greedy from all the tourism the vacuum brought in. He had passed the celebrated home appliance as he made his way into town, green and red lights shining on its little placard. Couldn’t have been taller than six feet. The eighth wonder of the world. As he stood outside his Honda in the bitter cold, Gary saw the neon glow of a sign promising donuts, burritos and hotdogs. His stomach rumbled. Between sleep and hunger, it looked like hunger was gonna come out on top. He looked around as he rubbed his hands together for warmth. Amidst the shuttered shops and grey buildings that made up the small town, he could see a diner across the street. Whatever they got had to be better than, he assumed, day old hot dogs. The pump stopped with a loud gulp. He placed it back in its gas-soaked cradle, inserted his card, tossed the receipt and drove the hundred yards over to the diner.

He saw a cop car parked out front. A middle-aged policeman appeared to be dozing inside, half-finished Twix bar in hand. “Guess the donuts at the gas station weren’t up to snuff.” Garry thought, as he slammed the car door shut and pushed open the sleek metallic entrance to the diner.

The bell above the door jingled brightly, alerting the diner patrons of the new arrival. Five or six other people were scattered throughout, munching on curly fries and slurping milkshakes. Not exactly a happening spot. Gary walked over to the counter and took a seat on one of the round, bright red stools. In moments, he was greeted by a stocky man in a paper chef’s hat. It was green. Weren’t they always white? Gary was staring at the hat for a few seconds before the man spoke.

“What can I getcha, pal?” He tossed Gary a menu and started wiping his hands on his already filthy apron.

“Double bacon cheeseburger, mid rare, curly fries, two waffles and a coke in the largest glass you got.”

The chef nodded in approval. “You got it, chief. About fifteen minutes.”

After a few seconds, the chef plopped a football sized glass in front of Gary, completely shielding himself from view. It was large and plastic, the container itself seemed to shimmy and undulate with the absurd amount of soda and ice cubes floating around inside. Gary shifted the glass slightly so he could see the chef and thank him.

“No problem, bud.” the chef casually dropped a straw in front of Gary. Gary ripped off the paper sleeve of the straw and dropped it into the glass. It disappeared instantly, vanishing under all those dark bubbles. Leaning over the side of the counter, Gary grabbed a few more straws. He fished out the drowned straw, fashioned them all into one elephant trunk of a device, dropped it into the drink and greedily began to suck it down. He didn’t realize how thirsty he was until that ice-cold fizzy lifeblood was flooding his system. He was so distracted in caffeine fueled ecstasy; he didn’t notice the presence behind him.

“You wanna see the Christ child?” the voice said.

“Who? What?” Gary sputtered almost falling off his diner stool.

“The Christ child…wanna see em?” the man was dressed in an army surplus jacket. It was riddled with stains that drew attention away from the greasy hair that hung about his face in stark patches.

Regaining his composure and his seat, Gary responded to the man “Look, buddy, I’m not an idiot. He’s born ON Christmas, not before. If you wanna run a scam, at least get the facts right. If you’re looking for a handout, I don’t have any cash. I’ve got waffles coming soon. You want some, they’re yours. Just leave me alone.”

“Alright, I’ll bite. What is it? You trying to unload some Christmas cards before the seasons over? You got a dog in a box out there with a halo stapled to its head? What’s the angle?”

Through filthy teeth, the dirty man smiled, “No angle. You come out, I show you the Christ child and if you don’t believe 100% that he is what I say he is, I pay for your dinner.”

Gary considered the prospect of a free and clear dinner. It would cap off his stay in nowheresville and give him a great story for Christmas dinner.

“Lead on, champ.” Gary turned to the cook as he got up off of his stool.

“I’ll take a check when I get back. This gentleman has generously agreed to take ca…”

“Not yet.” The dirty man cut in with his unblinking stare.

The dirty man led him out the doors of the diner into the crisp, grey winter night. They walked two blocks down the street, passing the empty and shuttered shop windows.

“It’s right down here.” the dirty man pointed in the direction of an alleyway.

Gary stopped and peered down the filthy, empty passage. Shadows dancing in the trash and discarded pizza boxes. He had a few inches and at least fifty pounds on this guy if he tried to pull anything. He could have a gun or a knife, but he didn’t think so. Didn’t look like the twitchy type. But he didn’t want to be stupid.

“Go right ahead, bud. This is a follow the leader situation.”

The dirty man’s smile never left his face, “Sure, man.”

In the dim illumination of the corner streetlight, they navigated the alley. The dirty man led him to a small box at the far side, almost touching the brick dead-end. He pointed, “In there. Open it up and you’ll see.”

Gary maneuvered around the box, so he had his back to the wall and was facing the dirty man. He looked down at the small, slightly damp looking cardboard and smiled.

“Free dinner and then back on the road.”

He opened the flaps and looked inside. He stared silently. After a minute or two, he reached in and pulled something out. It was a small shape wrapped in a bundle of torn clothes. Pulling back the cloth covering, it revealed a child. A child with the most striking and beautiful green eyes he’d ever seen. As he held the child, Gary felt like he was plunged into an ocean of calm. Every fear, every worry he had ever had fled like shadows in the sunlight. With tears welling in his eyes, he turned to the man who’d extended an invitation to meet his savior.

“You know…I… never really believed…it just didn’t make sense to me. But this…” He looked down at the smiling child, “This makes sense.” An energized look crossed Gary’s face, “Who else can we tell? Everybody has to know about this! Everybo…” He was cut off by the large set of jaws that clamped down and tore out his throat. In his pain and panic, he dropped the child, its tiny mouth stained with crimson. Faster than he thought possible, arms reached out to catch the baby. Arms belonging to the dirty man. Sliding down the brick wall of the alley, Gary ripped off his sleeve and stuffed it against the spurting, open wound on his neck, in a desperate attempt to staunch the bleeding.

“That…that’s not the Christ child…” he choked out, struggling to stay conscious.

The dirty man stroked the light tufts of hair on the baby’s head as he spoke.

“Oh, it’s the christ child alright.” He motioned to the opening of the alleyway. The diner patrons, the grill chef, even the sleeping cop he had passed parked in his patrol car. They were all gathered there, crowding out the light. All staring. With their brilliant green eyes.

“It’s just not your christ child, it’s ours.” The dirty man smiled his dead eyed smile. “And every christ child needs gifts. Thank you for bringing the first.”

The last thing Gary ever saw was the dirty man lowering that…thing wrapped in swaddling clothes down to his level. It gurgled as its tiny face split apart to make way for endless rows of shiny, red-stained teeth.