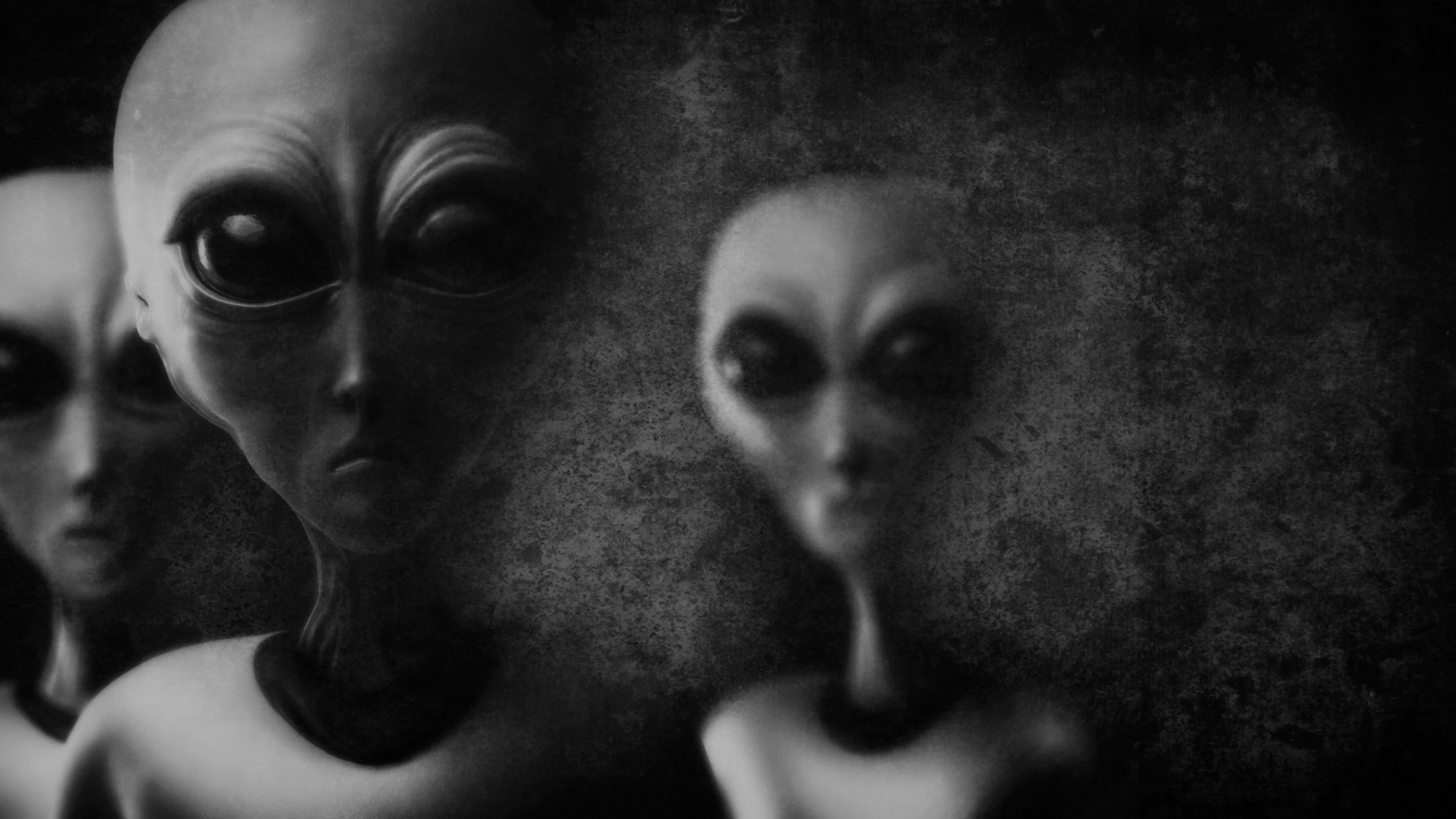 But somewhere in-between, there are places that straddle that fine line between the illegal and what anybody can find with one wayward Google search.

That was how I found out about “Dimindbak.”

You might think I misspelled it, but no, that’s how he uses it.  Or she.  I just assumed it was a man, but I’m not really sure, since Dimindbak uses a voice changer whenever he goes on the air.  Yes, on the air.  Dimindbak regularly appears on weird, late night radio shows…the real late stuff, as in airing just before bakers are getting up in the morning, all about alien conspiracies and the Reptilians (If you don’t know about the Reptilians, look them up online.  There’s hours of fun about them).

The only reason I even know anything about Dimindbak is because of a friend of mine.  My friend was in a car accident awhile back.  She was at a red light and a teenager on a learner’s permit didn’t hit the brakes soon enough.  While the cars were only mildly damaged in the crash, my friend got really bad whiplash and refused to see a doctor.  Her mother died in a malpractice suit, and she’s been leery of doctors ever since.

Trouble is, now she gets chronic neck and back pain, sometimes to the point where she has to stay in bed all day.  At first she just tried Tylenol, but it just dulled the pain, it didn’t get rid of it.  She turned to all sorts of holistic stuff, but that didn’t do the trick either.

One day, her pain was so bad, she called me up crying, saying she didn’t know what else to do.  So, I tried to be a good friend and went to look up something she hadn’t come up with yet.  Most of my searches ended up either finding vitamin dealers, herbal supplements and teas, or weed dealers from states that had legalized the stuff.  I was at a loss.

Then, on a whim, I tried “physical intervention.”  I thought maybe it would lead to some weird chiropractors or healing doctors who might work like chiropractors, but with more crystals and patchouli.

Instead, a couple of clicks in, there was Dimindbak.

You might now be picturing a website full of dark symbology, mystic runes, weird rituals, and near Satanic references.  Dimindbak was none of these things.  The whole site looked like fan fiction devoted to Star Trek, but with less comprehension.  Rotating GIFs leftover from the mid-90s cluttered the page like a back alley full of wooden pallets.  The color scheme was all pseudo-futuristic, with a lot of metallic whites and grays.

It was also hilarious.  I spent the better part of the day reading over the blog postings, as he rambled on about distant galaxies, contact with higher beings, and how positivity would make all our dreams come true.

Well, maybe I was a little cynical about it, but if you saw it, you might cut me a little slack.  And yet, the guy had a whole team of devotees.  He actually had a forum where people could talk about their own connections to a higher power, and very few of them looked like trolling posts.

But the big kicker was when I read about the “command.”

In one of his most recent posts, he talked about a method by which these higher beings could fix everything wrong with you; a code phrase.  Just speak it three times, out loud or in your mind, and these benevolent beings would be able to gain control of your central nervous system and correct all your ills.

I sent the link to my friend.  I didn’t send it as a joke, but I was hoping maybe, just maybe, she would read it, understand how silly all her worry was, and finally see a doctor before her pain got much worse.

She wrote me back a day later.

“Thanks, it worked!  Feeling so much better!”

I couldn’t believe it.  I had to see for myself. I drove over to see her.

It was the first time in a long time I had seen her with a smile on her face.  She said she hadn’t slept so soundly since the accident.  She wasn’t quite sold necessarily that it was aliens from another galaxy that did it, but she was damn sure something fixed her.

It wasn’t even like the phrase itself was a self-help mantra, or a daily affirmation.  It was just gibberish, really.  But she said it was really something special.

I checked her Facebook page the next day, and I saw an update where she had created a new group: Healing Through Command.  At least 15 people had signed up for it.  My jaw dropped.  She was already spreading the word to other people?  Hey, if it worked, more power to her.

I, on the other hand, had a life to live, and I went on with business as usual.  I kept checking in, though, and saw the group was getting bigger…almost ridiculously big.

I called her once the group had reached 1,300 people.

“I see your Facebook group is really talking off, too.”

The line went silent for a minute.

“Your one about healing through command.”

“What are you talking about?  I haven’t been on Facebook in months.”

I didn’t hear from my friend for awhile.  I did keep checking in on Healing Through Command, and was amazed how well it seemed to be working.  People by the thousands were signing up for it, and it wasn’t just bot accounts…I read through people talking about how their gout went away, and how their migraines disappeared…hell, one guy even said he didn’t need a wheelchair anymore.

It even melted my cynical little heart to read about so much good being done.

Months went by, and as the holidays approached, I decided to give my friend a call.

She didn’t pick up.  Weird, because she usually did when I called.  I tried three more times.  Still nothing.

I drove over to her place to see if maybe she was just busy feeling good, maybe leaving her phone at home while she went out for a jog.

I rang her doorbell.  She didn’t answer.  Maybe she really was out for a jog.

I was about to leave when I heard a crash from inside.  I knocked.  The door came open a little.

Why would she leave it unlocked?  I pushed in and called to her.

“Go away!”  The way she screamed it, I almost did.  But I couldn’t.  Something was definitely wrong.

The scream had come from her kitchen.  I went in to find her there.

She was holding a knife, and it was covered in blood.  On the floor was a body.  I recognized it…her ex-boyfriend, Sam.  He had stopped seeing her when her neck pain had gotten worse; I’m not sure if she had tried to patch things up or he did, but by the wound in his neck, it had not gone well.

She looked up at me.  “I told you to go!  I don’t have much time!  Every day they have me a little more and more…”

“What?  Who are you talking about?”

But suddenly, her eyes glazed over.  Her mouth forced itself into a smile.  She lifted the knife and pointed it me, but it was slow, shaking, like she was fighting some irresistible invisible force.

“Why, hello.  Good to see you.  I’m afraid I am busy right now.  You should go.”  Her head ticked back and forth, like a clockwork figure.  It reminded me of that robot from The Great Mouse Detective movie; a wobbly, unsteady thing that tried to imitate life, but wasn’t truly alive.

That was when she moved to stab me.  I raised an arm to defend myself, and I just managed to deflect it away.  But she was fast, and she immediately went to do it again.  I grabbed her wrist.  It didn’t do much good.  She was unusually strong all of a sudden.

Then, her mouth dropped its smile, while the rest of her continued to push the knife closer and closer.

It took me a moment to realize what she meant.  To this day, I still cannot completely forgive myself for what I did, even though I still try to tell myself it was the right thing to do.

I twisted the knife and, using that unusual strength against her, forced the knife into her own heart.

I sat in her kitchen, with both bodies on the floor.  I know I cried for awhile, and then called the police.  I assumed they wouldn’t believe me, but I didn’t care at the time.

I then looked around her home.  I needed something, anything to explain what had happened.

I found it in her basement.

Set up in the middle of the open, unfinished space was a door frame.  It looked just like she was installing a new room in there, but the frame wasn’t attached to anything…no walls, no hinges.  Just a frame, with empty space.

The only thing out of place about it was an electronics box attached to one side, with a keypad attached to it.  But instead of letters and numbers, the keys were blank.

I checked her bedroom.  I found papers shoved under her bed.  Most of them were pieces of note paper, with symbols drawn on them.  Some others were detailed drawings of the door I had found in the basement.  There was also an electrical diagram, but I had no idea what it meant; I’m not an electrician, but even I know some of the stuff on there wasn’t from anything built on this world.

And then there were the last few pages.  Notes my friend had written.

“What is all of this?  I keep finding these when I wake up.”

“I’m not remembering things I did in the middle of the day anymore.”

“Oh, God…I think I killed a cat.  It’s hanging from the clothesline in my backyard.”

“I WOKE UP IN THE BASEMENT.  I WAS STANDING AT THAT KEYPAD.  WHAT WAS I TRYING TO TYPE IN?!?”

That was the most comprehensible.  But that wasn’t the worst of it.

The handwriting on the weird pages was different from my friend’s normal handwriting.

I smashed the door to pieces.  But I don’t know if it helped anything.  I just wonder if the rest of her Facebook group is doing the same thing.