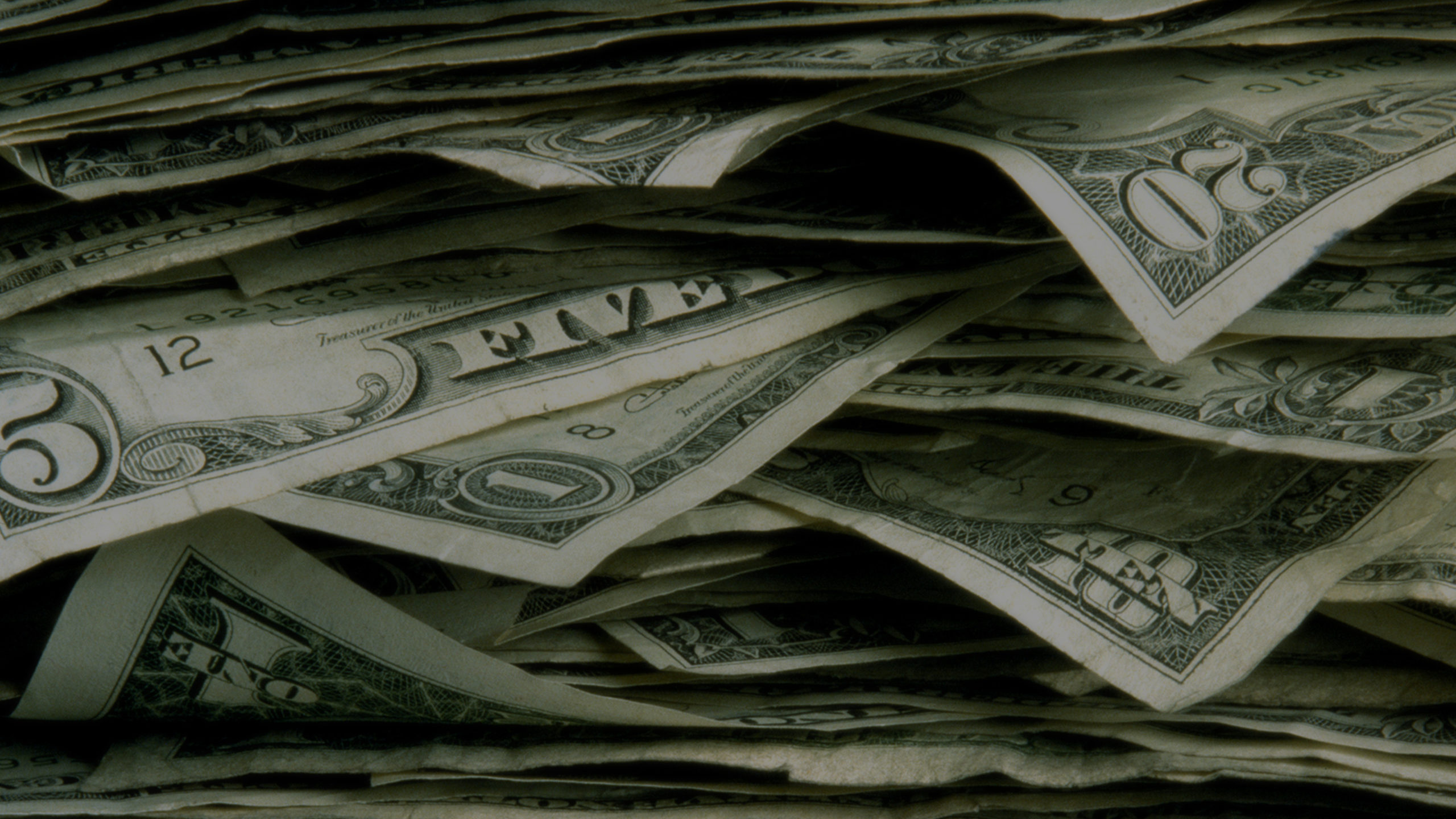 Posted at 00:00h in by Chilling Tales for Dark Nights 2 Comments

Being the divorced father of a kid can be a challenging and rewarding job all on its own. Especially when you’re running your own major business. I’ll be honest, I never wanted to have kids in the first place, and the whole married thing was originally just to better appeal to future and current business associates, but as you probably pieced together by now that didn’t quite work out. My former wife must have believed that by getting off the pill and getting knocked up she could save our sour marriage, but honestly all she did was prolong the inevitable.

Long story short, she got half of my assets and money while I got to keep our son. He’s a chip off the ol’ block. According to his nanny he has the biggest collection of trading cards than any of the other kids in his friend’s group, he’s incredibly competitive when it comes to games and competitions, and he’s well-liked by the majority of the staff. His private tutors tells me that he’s quite intelligent and is at least a year ahead of any student they have ever met. His music teachers seems to believe they found a natural musical prodigy with the talent to learn just about any instrument he can get his hands on.

Yes sir! My little Sammy boy is quite the kid indeed, but a man such as myself doesn’t always have the time to play catch with his son. I can’t make it to parent teacher meetings when I have important overseas meetings to get to, I can’t watch him play with other kids when he goes to the local public park when I’m having lunch with potential new investors, and I can’t attend his musical recitals when I need to entertain guests in order to continue mutually beneficial partnerships.

On top of all this, the boy’s mother has been a constant thorn in my side as well. If she knew how very little time I actually spend with the boy she would probably have a much better case to try and take him away from me. However, courts don’t always look at that sort of thing. All they see is a rich and dedicated father that has afforded his son every opportunity to flourish into the best person he can possibly be. I’ve given my son the absolute best life and opportunities money can buy, and it helps to have a few judges in your pocket to make that point abundantly clear.

But I have to admit that this sort of thing does wear on me after several years of fighting with my ex-wife. It really is true what they say about the love of a mother and her child, that woman will not give me any peace. And it really does get tiresome to keep up appearances as the caring father of a gifted child. Not to mention expensive. Her lawyers are constantly looking for new avenues of approach to try and gain any sliver of custody of Samuel. He just turned 12 last month and he’s also begun to ask more and more about his mother as well. If there’s one thing I’ve learned in business it’s that the nagging and consistent little problems can be the ones to bring you down.

Anyone with eyes can see that my son is the real chink in my armor and that point was well illustrated the day Samuel was kidnapped from the local park he enjoys frequenting. Naturally, the bodyguards did all they could to keep him out of harm’s way, they are the best money can buy after all. But there’s only so much they can do without causing harm to the surrounding innocent children in the area. Authorities were called immediately and federal agents soon got involved. Eventually I received the ransom note and a package in the mail with instructions to hand over 10 million in cash. In the package we found my son’s ear and a thumb drive with the digital video of the masked assailants cutting it from his head.

Naturally, as a concerned and eager father I complied with their demands and immediately got the money together. My ex-wife was informed of the emergency, but strictly asked not to interfere. The money was going to be delivered to a waiting vehicle in the warehouse district of the city. Really, a haven for the worst of the worst. Threats to torture or even kill my son were issued if police showed up. Fortunately the FBI was using a bag with a built-in tracking device that would help find the kidnappers after we recovered my son.

The day of the tradeoff everything went like clockwork. I arrived to deliver the money. A black SUV was parked between two warehouses. A masked man pointed a gun at me and had me drop the money bag 50 feet from him before I was instructed to back off. He took the bag and left a note. As he instructed I counted to 100 before retrieving the note with instructions on where to find my son. Immediately, FBI agents were already tracking the money. The note led police and investigators to a shallow grave. As it turns out my son was likely executed soon after they removed his ear.

Later that night, the money was tracked down and located at the local post office. Someone had boxed it up and intended to mail it to a very specific address out of state. A property under my ex-wife’s name. Her fingerprints and DNA were found all over that package. That woman had done everything she could to cause me grief during the past decade of my life. Not surprising, the authorities found a planner with my son’s schedule in it. She knew the exact times he would be in the local park.

Police further found journals where she expressed very specific and gruesome things she wished to do to me. Very Lorena Bobbitt stuff. There was no shortage of disdain and hate when it came to the subject of her ex-husband. She pleaded ignorance and innocence to all the charges being brought against her, but with all the evidence and motive found at her home and on the package the odds were stacked against her. Hell hath no fury and all that jazz after all. Her guilt was only further confirmed when she was found hanging by her bunk in her cozy little prison cell. She had ripped strips of her own mattress fabric to fasten a noose, really quite clever if you think about it.

I have to admit, it did cost me a small fortune to orchestrate the whole thing. When the divorce went through, despite me having the better team of lawyers she somehow still managed to take half of what I own. My response was to take full custody of our, at the time, two year old brat, the one thing I knew she truly seemed to care about, and ensure she never got to see him again. The drawback to this is the fact that the little shit serves no other purpose.

The nanny I hired to watch over him is  truly an unneeded expense. The private tutors are a small fortune all on their own. The music instructors charge more than some investments I make. The private body guards have made enough to retire early because of me! And the constant letters and phone calls from an angry ex-wife that refuses to adhere to the rules of a restraining order have caused me more stress than a failed major investment! But this $10 million investment, though costly, is very much worth it.

It wasn’t hard to pin all this on Evelin. I already knew she would have proof that she hated me, that much is obvious. The security detail that watched over Sam reported seeing her at the park, watching Sam from a distance. All I had to do was spend $1 million on a few low level thugs with BB guns to take the kid on the day she usually doesn’t show. The rest of the money went into the bodyguard’s retirement funds. If there’s a second thing business has taught me it’s that silence is not golden, it’s money green. You see, not only did I remove that annoying bitch and useless rug-rat from my life, but I also improved my image. There’s no better means of attracting business and improving your public image than assuming the part of a grieving single parent.

Oh, and in case you’re wondering, yes, my wife did indeed hang herself, I didn’t pay for an assassin. It wasn’t hard to get her to do that when I paid one of the prison guards show her the full video of Sam’s execution. You see, the feds only saw the shortened and heavily edited version that I wanted them to see. The guard told me Evelin broke just as I knew she would the moment the camera panned out and revealed me as the person slicing off Sam’s ear then smiling as I used the same knife to slit his throat!

What an absolutely horrid story and not in a good way.